As I enter my final few days of a month in South Africa, I am having a few days of R&R in the Nelspruit area, which is at the lower edge of Kruger National Park.

Today I picked up my rental car, and drove north to the little town of Pilgrim's Rest. Originally a gold mining settlement, Pilgrim's Rest is now a designated historical village, where the buildings have all been preserved to reflect a way of life from days gone by. It's not all rosy and happy though. Pilgrim's Rest hit the headlines last year when several white tenants were evicted to make room for black tenants, a controversial move that is part of a nationwide plan by the ruling ANC party. But we'll skip the racial politics for now, and focus on what there is to see and do as a tourist.

My first stop was Scott's Cafe, where I met a rather elderly couple who were on their honeymoon. After wishing them the best, I sat down to enjoy some of the cafe's apparently famous stuffed pancakes. Options ranged from peri peri chicken to ground beef and jalapenos. I settled for a vegetarian option: pancakes stuffed with spinach and feta, topped with an olive and sundried tomato tapenade, and sprinkled with poppy seeds. 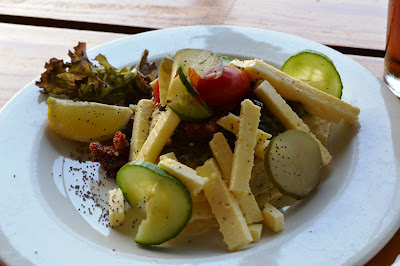 I can in all honestly say that these were the best pancakes I have ever eaten. They even top the nutella ones I enjoyed in Innsbruck many years ago. I foresee a definite attempt to recreate them once I get back to Kentucky.

Stomach now satisfied, it was time to explore the town, and that meant braving the row of vendors. I hate high-pressure sales and I hate haggling, so I can't decide if I got some good bargains or if they saw me coming. At the end of the day, though, I am happy with my purchases, and despite having parted with a good many rand, I reminded myself that the amount was still relatively small for me, but relatively big for them. In retrospect, I think my hesitation and silence may have worked in my favor as the women reduced the prices further each time I said nothing. 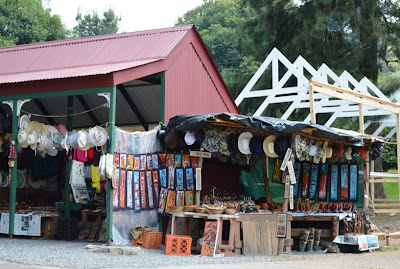 After an hour or so of browsing, taking photos, and insisting that I could not spend any more money, I decided to escape the pressure of Pilgrim's Rest and flee to the hills. Hence, I hit the road again and drove to nearby God's Window, a gorgeous spot offering incredible views over the entire valley. 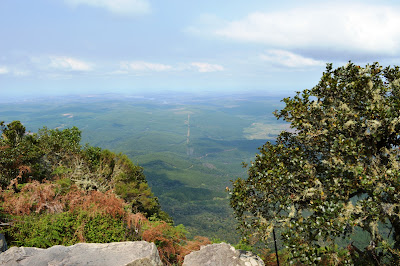 With time ticking on and 29 Celsius on the thermometer, I decided to head back to Nelspruit, but now before being stopped by a polite but stern policewoman, who informed me I had been speeding. She sent me on my way with a reminder to obey the rules of the road. And so I leave you for today with a promise that I shall observe posted speed limits and not do anything to get arrested!