Final Day in South Africa: Subterranean at Sudwala and a Fishy Nibble

Maybe it's my hermit nature but I love caves. There is something so refreshing about being underground, in the darkness, constant temperatures, away from the hustle and bustle of the outside world. So when I first heard about the caves at Sudwala, I knew they would probably be on my itinerary at some point. With one day left to explore, I set out to see a little of underground South Africa. 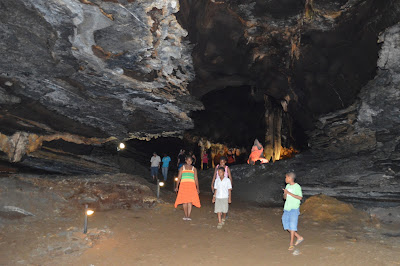 Deciding against the all day caving expedition that is available once a month - after all, my clothes would get muddy and I had little left that was fit to wear on my flight home as it was - I settled for the regular hour long tour. As luck would have it, I arrived just as one was beginning. 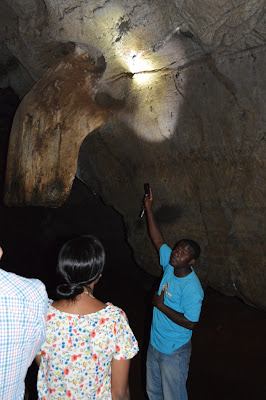 Our excellent guide Owen explained the history of the caves to us. During the 19th century, they were a hide out for Samcuba, related to the king of the Swazi people. A giant flow stone near the cave entrance was used as an alarm bell to warn his people of possible attackers. One whack on the stone could be heard throughout the cave and on the land above. A variety of tools used by the Swazi people remain on display in the cave.

Later explorers suspected the cave of being the hiding place of the Kruger millions, a massive amount of gold bullion that went missing during the Boer War. Despite excavations, the gold has never been found, here or anywhere else.

In the 1960s, Philippus Rudolf Owen bought the land above the caves and decided to develop the underground caverns as a tourist attraction. He even built an underground amphitheater, taking advantage of the cool temperatures and excellent acoustics. Stars such as Miriam Makeba  have performed concerts in the amphitheater.

Of course, one habit I have once I get into a cave is taking tons of photos of random patterns and designs within the cave walls, hence: 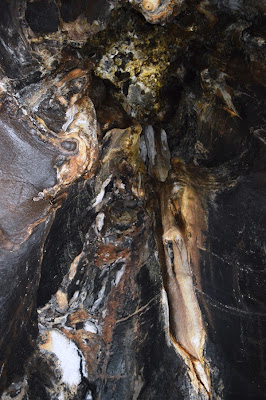 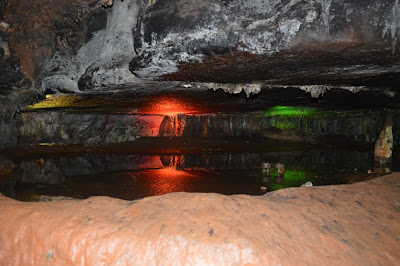 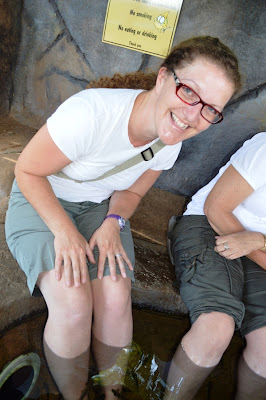 Once the tour was over, I decided to skip the neighboring Dinosaur Park and make the most of the onsite fish spa. Having enjoyed a garra rufa pedicure during my last visit to England, I wasn't about the pass up the chance to let fish nibble on my feet again. And what a nibble. Apparently four weeks of flip flops and sunburn had taken their toll, and for the next hour, dozens of fish happily ate all the dead skin, much to the amusement and chagrin of everyone else in the spa. (One woman joked that all the fish were so busy feeding on me, they had none left for everyone else!)

If you've never tried one of these pedicures, I highly recommend them. It is wonderfully relaxing and my feet felt fabulous after.

Feeding all those fish did make me hungry though, so before I left, I made sure to visit the restaurant for a smoked trout salad and an opportunity to admire the view.

This was certainly a relaxing end to a memorable trip. 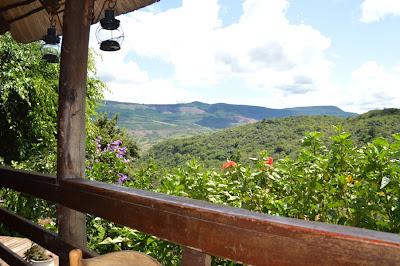