Not a Country Music Fan? You Can Still Enjoy Nashville.

The last few months have seen me making multiple trips to Tennessee: with parents, with nieces, and just with hubby. This means there'll be more Tennessee posts to come but for now let's look at Nashville.

Think of Nashville and you think of country music, but what if you're not a country fan? Is there anything for you to do in town? That's what we asked ourselves when we were planning a weekend to visit a friend who happened to be in town for a week or two. I don't dislike country music but I'm not a real fan, by any means, and neither hubby nor our friend are into it. My concerns rose when I discovered that the weekend we planned to visit coincided with the CMAs. It was the biggest week of the year for the city and music fans, with concerts going on everywhere.

As it happens, we had a wonderful weekend, and with some careful avoidance of the downtown area and with the exception of a visit to Cooter's and Willie Nelson's Place (come on!), the only clue to a country music presence was the plethora of girls in what I refer to as Nashville uniform, ie. shorts and cowboy boots. 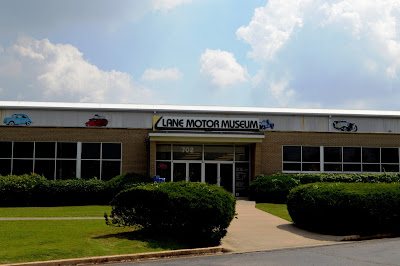 One place well worth a visit is the Lane Motor Museum. Car museums are nothing new and if you're into American muscle cars, you're better off driving up across the state line to the Corvette Museum in Bowling Green, KY. What makes the Lane Motor Museum different is that it is home to the largest collection of European cars in the US. All the classic British cars I grew up seeing at motor rallies are here, lovingly preserved and in full working condition.


In addition to my beloved British MGs and, yes, a Reliant Robin (better known to most Americans as the three wheeler driven by Mr Bean), there are exhibits from Cold War Europe, France, Italy, and Germany, not to mention some Nissan retro concept vehicles, based upon early European models; electric cars (not as new as you might think); and some lesser known American vehicles, including a steam-powered monster of a car.

Each vehicle in the collection is accompanied by its individual story, which adds to the personality of the cars, while placing each one in a broader historical and economic context. 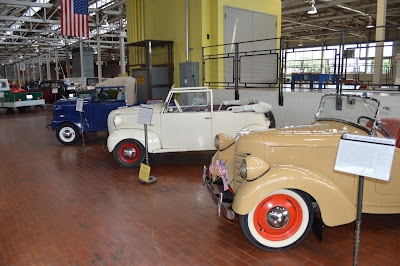 While you're at the museum, also take the time to explore the collection of motorcycles, the rather large (OK, it's enormous!) military vehicle parked out back, and the video that explains how a former bakery became a thoroughly interesting motor museum.

I am by no means a car fanatic. I can't tell you a thing about the inner workings of an engine. I did however, grow up in a family that still appreciates the look of a classic car. So whether you are, like me, someone who admires the shapes and paint job, or, like my husband, someone who works in the auto industry and so has a deeper appreciation of the entire manufacturing process, the Lane Motor Museum is a great place to spend a few hours.

The Lane Motor Museum is located  at 702 Murfreesboro Pike in Nashville. For opening hours and further details, visit their website.