Do you ever have that one day on vacation? That one day you've been looking forward to more than the others? That one big day that ends up being the most frustrating day of the entire vacation? 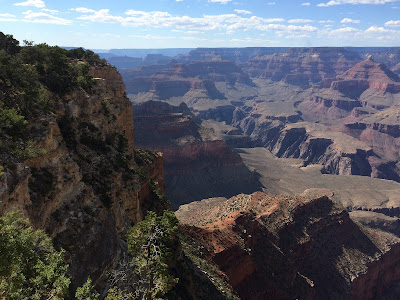 For me, it was the day we visited the Grand Canyon.

I know, I know. It's the Grand Canyon. How could it be anything less than spectacular?

The day started well enough. We woke up early to get on the road so we could have as much time as possible there. We had seen signs and publicity everywhere for the skywalk at the west rim, only a couple of hours from Las Vegas.

The drive there took us through the usual desert flats, and fairly soon we started to see the expected mesas and mountains in the distance.

And the timing was perfect since I was starting to feel a little unwell. There was just one thing... this 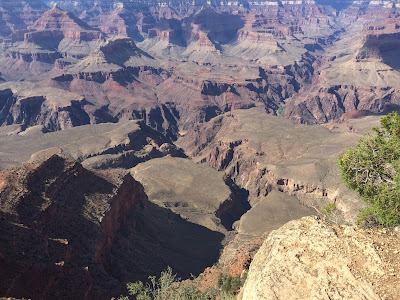 did not look like any National Park I'd ever been to. Helicopters were taking off and landing everywhere and a giant white tent at the end of the parking lot seemed to be the entrance.

Now I'm going to give you all the benefit of our experience so you don't make this same mistake.

When in Vegas, ignore ALL signs and promotion for the skywalk at the Grand Canyon. Don't do it. As it happens, this is nothing to do with the National Park. Instead it is on private reservation land and the minimum price to even go out to see part of the Canyon is along the lines of $80 per person, with no photos allowed. 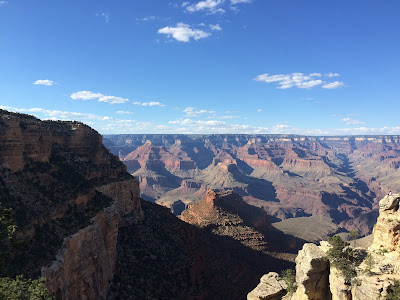 Hugely disappointed but glad that we had started out so early because it was barely 10am, we decided to retrace our steps and drive to the real National Park. Plus side: we'd get to see the Grand Canyon. Down side: hours more on the road driving through the desert. And I do mean hours. We stopped off a few times to get more water and to have lunch at Sonic. And the hours ticked away.

By the time we arrived in Tusayan, at about 2.30, I was snappy, crabby, feeling mean as hell. Just show me the bloody canyon already!


Rather than drive on up to the park and find somewhere to leave the car there, we used the Park and Ride service available for Tusayan. Simply park your car at one of the four pick up spots in town, buy your entry pass to the park, and hop on the bus. You beat a lot of the traffic into the park, and the pass covers the bus services within the park itself.

We were finally at the Grand Canyon by 3pm. And I was tired and frustrated. 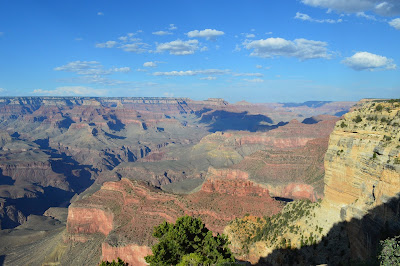 We spent the next four hours enjoying the South Rim, hiking in some areas, and riding the bus to others. Near the Visitors' Center was absolutely heaving with tourists, and so taking the bus to points further out allowed us to enjoy the views much more.

To be fair, it is beautiful... despite my grumpiness. The layers of rich color seem to be constantly evolving with the changing light. Vistas stretched for miles, and sound carried just as far.

Knowing that we had a long drive back to Vegas, we decided to beat the traffic from the park by leaving a little before the sun set. After dinner at a Mexican restaurant in Tusayan, we made our way back through the desert into Nevada, arriving at our hotel at about 1am. Next day would be a lazy Vegas day.

Will I go back to the Grand Canyon?

Absolutely. I want to be able to enjoy it when I am in a better mood. More importantly, we'd both like to enjoy it without as many tourists and yelling children. (Is it bad that we both wouldn't have felt too much sadness if a particularly rowdy trio of kids, whom we'd already told off for defacing the rocks, had fallen? I know that probably makes us bad people but we've all been there.)

Next time we visit the Grand Canyon, we'll plan on making a week of it, doing the hike down to the bottom and back. 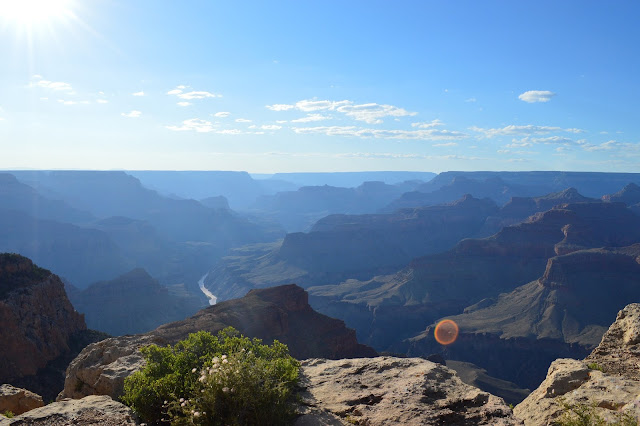 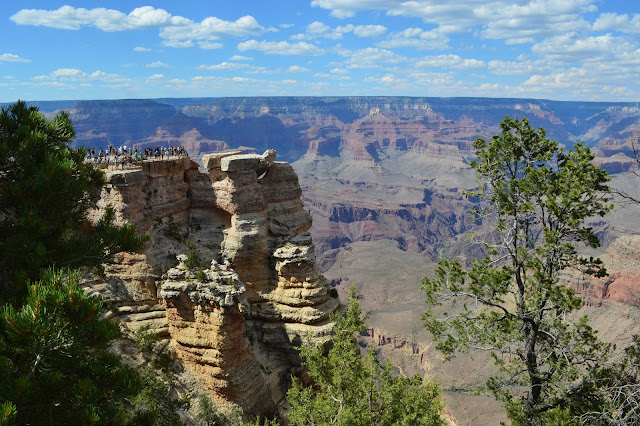 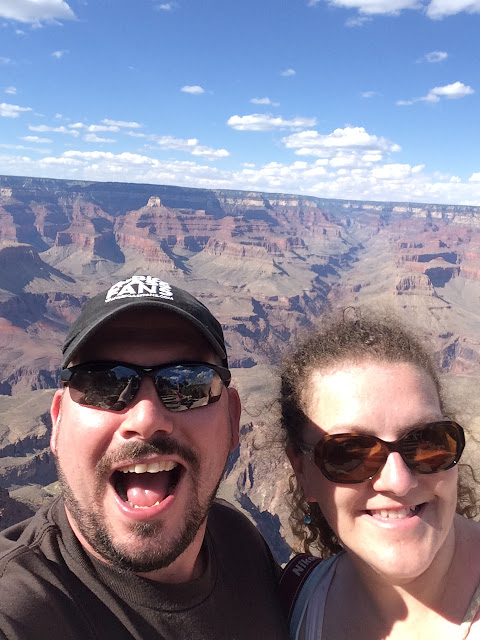